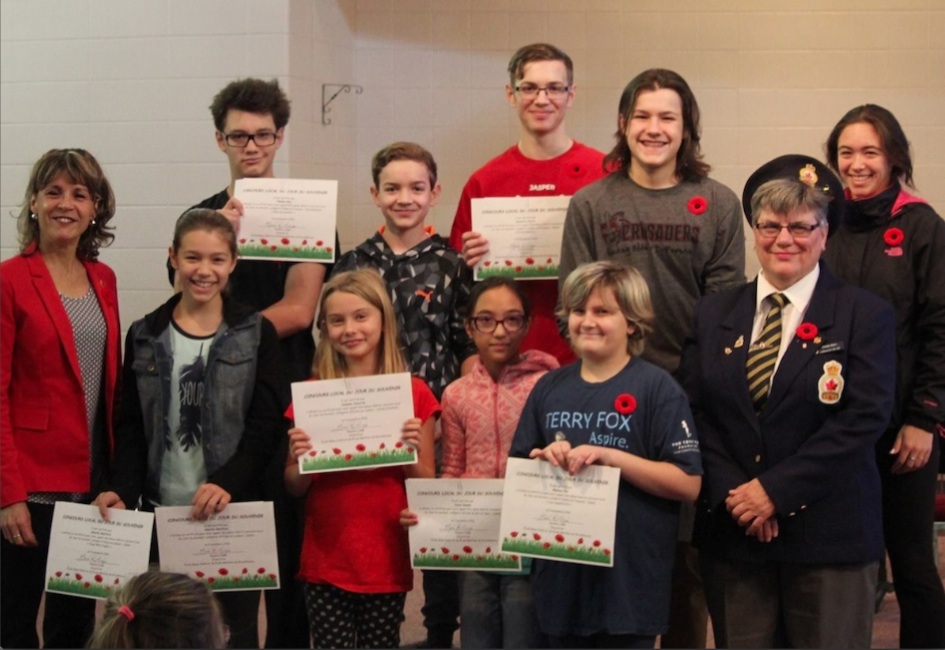 On November 9th, 2016, École Beau Soleil (ÉBS) and École Mathieu de Gravelbourg (ÉMG) held its Remembrance Day Ceremony. After some words of welcome offered by the schools’ principal, Mrs. Rosalie Lizée, the grade 8 to 11 students in the school band played «Ô Canada» under the direction of the music teacher, Mrs. Janique Wilson.

Mrs. Sheila Klein, Representative of the Royal Canadian Legion - Laflèche region, was amongst the special guests. Mrs. Klein and Mrs. Lizée presented the certificates and the awards to the numerous students who won first place in the schools’ Remembrance Day Contest. The winning art pieces, poems, and compositions will be sent to the Zone 1 (Assiniboia region) competition. The ceremony ended with the traditional Last Post played by Mrs. Janique Wilson and the Minute of Silence. The schools would like to thank Mrs. Josette Martin for having planned this ceremony